How to Murder a Foreign Minister
- The Assassination of Anna Lindh 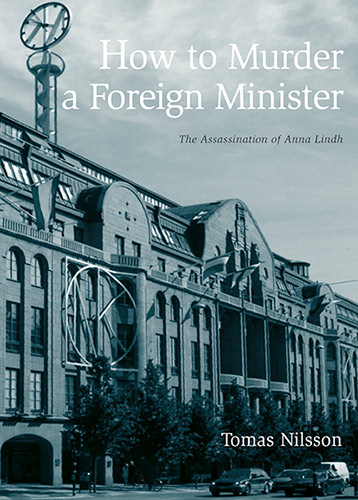 It was not Mijailo Mijailovic who fatally stabbed the Swedish Minister for Foreign Affairs, Anna Lindh, at the department store NK in Stockholm on 10 September 2003. Instead, the assassination was a carefully planned political assault, arranged to make it look like it was committed by a lone, mentally disturbed and confused perpetrator.

The official version of the sequence of events leaves a lot of question marks.

• “The NK Man” is not identical to the attacker.
• The knife dropped on the escalator at NK, is not the murder weapon.
• The attacker’s cap, has three different details from Mijailovic´s cap that was found in Salengallerian.
• According to both the taxi driver and Mijailovic’s mother, he changed clothes when he arrived at his home in Tullinge. He then carried on to Hovsjö, where a pair of green trousers with blood from Lindh was later discovered.
• Emergency calls made after the attack on Lindh may have been manipulated. Someone called the police with a false description of the perpetrator.
• The NK department store was full of odd individuals, on the day that Anna Lindh was stabbed. They deviated from the store’s ordinary shoppers, either through their appearance or behaviour.

In the book, witness statements and the forensic evidence are closely analysed. Several hitherto unknown witness statements are presented, and a picture of  what he believes to be the motive for the assassination – there is a suspected link to terrorism – and who were behind it.